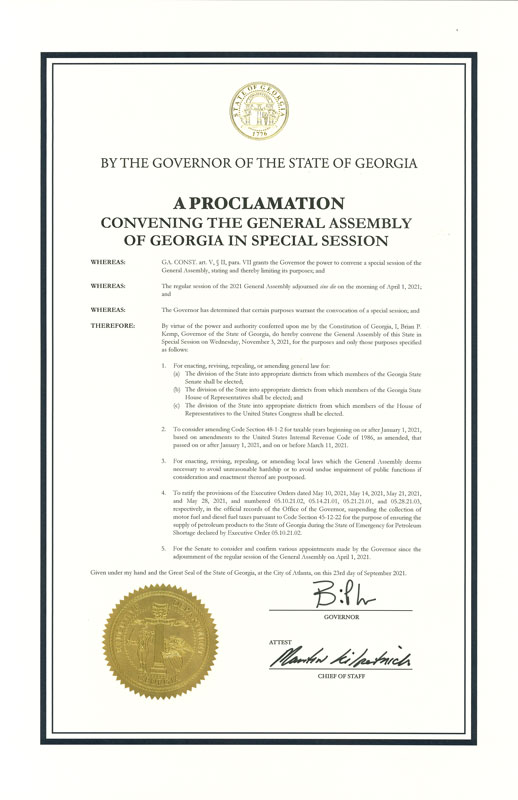 On November 3 2021, I and my fellow legislators will return to the Gold Dome for a special session to redraw the Congressional and state district lines.

This is a process called redistricting and it is triggered by the change in population as reported by the 2020 Census. Our constitution requires that we conduct a census every 10 years so that we can have equal representation in our legislatures.

This surely will be a long contentious process as the Republicans try to redesign the districts to keep themselves in power instead of having a non-partisan committee handle this matter. I firmly believe that voters should choose their representatives rather than having the elected officials chose the voters!

The Republicans released a draft proposal for the congressional districts yesterday. What they will decide concerning the state districts remains to be seen.  I assure you I will keep you informed and continue to encourage my colleagues to allow Georgia citizens to elect their representation.