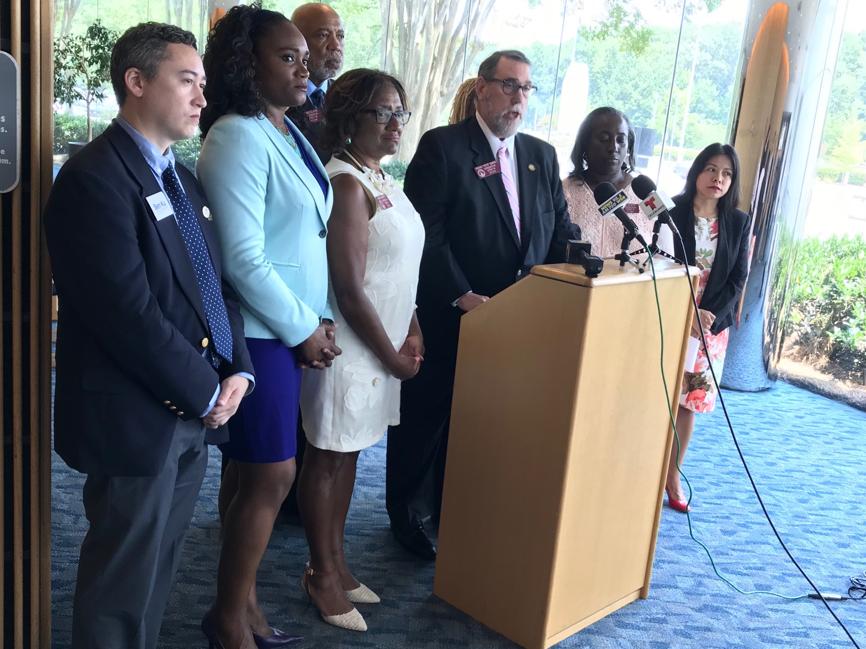 A handful of Democratic lawmakers from Gwinnett held a press conference Wednesday to again question the motives behind the county commission’s decision to delay a MARTA referendum until next year — and to ask that the vote be moved to November’s general election.

State representatives Pedro Marin, Dewey McClain, Brenda Lopez and Karen Bennett, as well as a few candidates for other state and local offices, timed their press conference to be almost exactly a week after the commission’s historic — but controversial — vote.

“Our leadership has failed us, and we need to make sure they know they failed us,” said McClain, whose District 100 includes parts of Lawrenceville and Lilburn.

Gwinnett’s Board of Commissioners voted Aug. 1 to approve a provisional contract with MARTA to and to give voters a chance to ratify the agreement — and opt into a one-cent transit-funding sales tax — during a special election held March 19, 2019. The date came as a surprise, as leaders had indicated such a referendum would likely be held this November.

The backlash was immediate. Democrats and transit advocates accused the all-Republican commission of playing politics, of scheduling the transit vote for March in order to limit the Democratic turnout in November.

Commission Chairman Charlotte Nash, who has led the charge for transit expansion in Gwinnett, has said the later referendum date was a concession made in order to get as much support from her fellow commissioners as possible. District 4 Commissioner John Heard publicly stated his opposition to MARTA prior to last week’s meeting on the issue, but ultimately voted yes.

District 3 Commissioner Tommy Hunter voted against the contract with MARTA but in favor of holding a referendum.